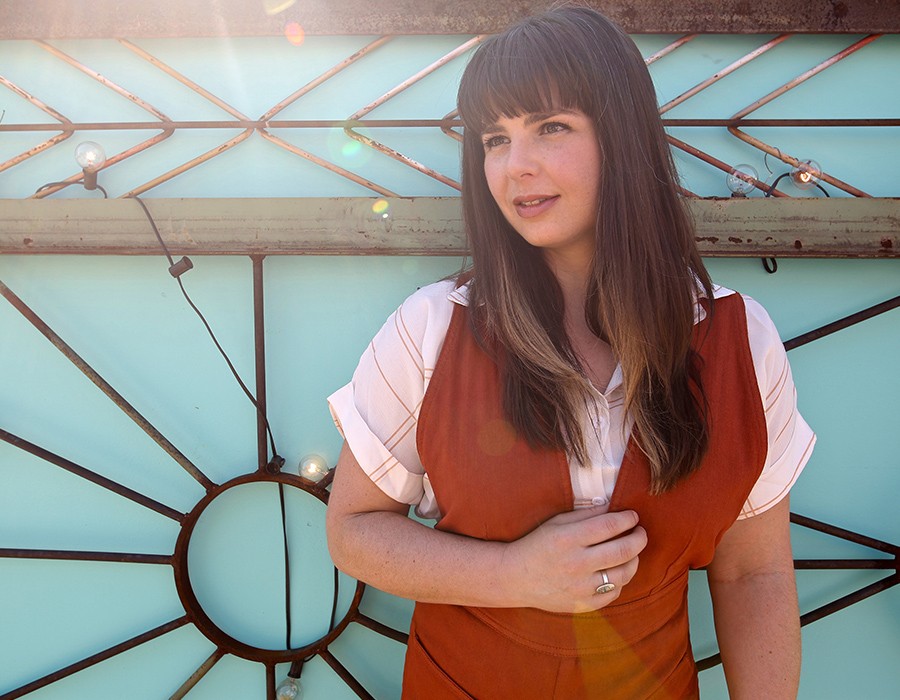 From Tom Petty’s heartland rock & roll to Aimee Mann’s quirky indie-folk, Beth Bombara’s new album Evergreen sources its inspiration from iconic sources. Even so, this is the unmistakably unique work of Beth, a singer/songwriter who, over a half-dozen albums, has nodded to past traditions while always pushing ahead into new territory. Evergreen is her newest high-water mark: an album that matches her craft with the nuanced stomp of her strongest band to date. Although based in Missouri, Bombara had already spent much of her adulthood on the road, carving out her own award-winning mix of contemporary folk and electric roots-rock. She’d been a solo artist, a bandleader, and an occasional side musician for other artists. With Evergreen, Bombara resumes her role as the leader of an amplified Americana band. These songs were largely written on the run — in friend’s basements, during soundchecks, and on the road — while Bombara and company toured the country in support of her 2017 release, Map and No Direction. As a result, there’s a strong sense of movement here, from Samuel Gregg’s versatile guitar playing to the thump of the group’s rhythm section (featuring Mike Schurk on drums and Kit Hamon — Bombara’s right-hand man and longtime collaborator — on bass). Gluing the sound together are Bombara’s unforced vocals, sharp hooks, and optimistic lyrics, which find her taking an honest look at life’s difficulties while continuing to move forward with positivity.