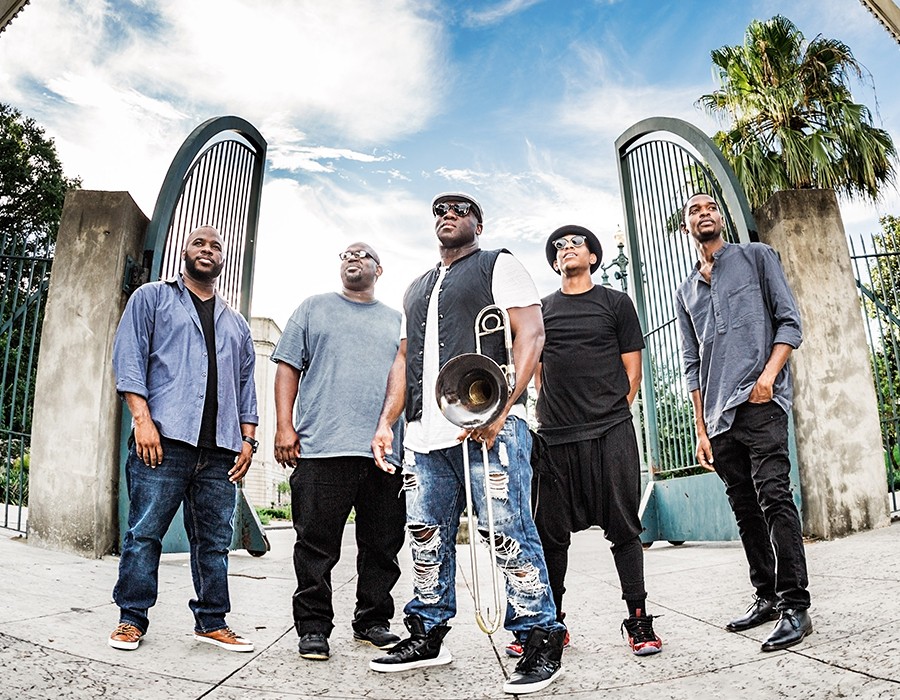 Noladelic PowerFunk. That’s the sound BIG SAM’S FUNKY NATION have been whipping up for more than a decade. It’s high-energy music that mixes funk, rock & roll, hip-hop, and jazz into the same pot, gluing everything together with the brassy influence — and heavy grooves — of New Orleans. From national performances at Bonnaroo and Austin City Limits, to hometown appearances at Voodoo Fest and Jazz Fest, Big Sam’s Funky Nation have built their reputation onstage. The band’s live performances are legendary, filled with blasts of brass, bursts of electric guitar, and the charisma of Big Sam, a frontman who sings, plays, dances, and involves the audience in everything he does. You don’t just watch a Funky Nation show. You become part of the show, singing along with Big Sam whenever he demands a call-and-response. “We don’t cater to one demographic,” says Big Sam, rattling off a list of jam band festivals, jazz shows, rock clubs, and funk gigs that his band has played since 2007. “We play music for everybody. It’s not just funk; that’s the foundation, but the music goes from funk to rock to wild jazz. It’s music about love and partying. Everyone can get down with that.”