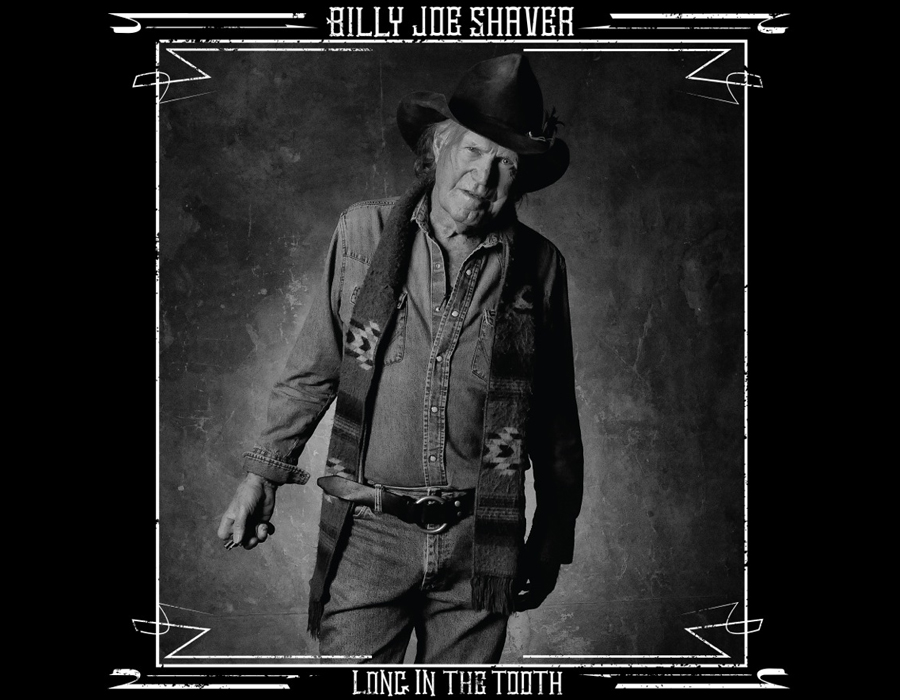 BILLY JOE SHAVER RELEASES LONG IN THE TOOTH, HIS FIRST NEW STUDIO ALBUM SINCE EVERYBODY’S BROTHER IN 2008, OUT AUGUST 5 ON LIGHTNING ROD RECORDS

Billy Joe Shaver’s finest songs prowl (“Hard To Be an Outlaw”) and punch (“Music City USA”) with welterweight fury. Evidence: The legendary outlaw’s seamless Long in the Tooth. Shaver’s first studio album in six years showcases a singular songwriter in absolutely peak form as he unearths his trademark truths around every corner (“Last Call for Alcohol,” “The Git Go”). “This is the best album I’ve ever done,” he says. “It’s just dangerously good. I expect it to change things and turn things around the way Honky Tonk Heroes did.”

Long in the Tooth, set for August 5, 2014 release on Lightning Rod Records through Thirty Tigers, charts his journey as an unrepentant outlaw. “Each song is different with different beats and different kinds of music,” he says. “I even have one rap song. The titles are all so catchy like ‘It’s Hard to Be an Outlaw’ and ‘The Git Go.’ Those are pretty hard to beat. Songwriting is gut wrenching, but if you dig down and write real honest you’ll find something real great. I believe everybody should write. It’s the cheapest psychiatrist there is and, God knows, I still need one.”

Long in the Tooth spotlights all the highs, lows and in-betweens from Shaver’s storied career, an evolving narrative never short on color. “The record’s about me,” says Shaver, who turns 75 years old in August. “I’ve written a lot of great songs and I’m still writing great songs, but I felt neglected. I have been, actually. The reluctance to play old people’s music is as bad as it was to play young people’s music. I think it should level out where everyone can hear good art, but it seems like radio doesn’t play older people’s music. Man, it’s like throwing out the Mona Lisa. I don’t understand, but I’m just so proud of Long in the Tooth. This record will be a gigantic step.”

Of course, Honky Tonk Heroes was the record that skyrocketed Shaver into public consciousness four decades ago. Waylon Jennings’ landmark album delivered Shaver-written classics practically every measure: “Old Five and Dimers Like Me,” “Willy the Wandering Gypsy and Me,” “Ride Me Down Easy,” the title track and the Top 10 hit “You Asked Me To.” In fact, 10 of the album’s 11 songs were written or co-written by Shaver. It established him as a singular songwriter, a man whose earthy poetry resonates across the board. He’s doubled down ever since.

No one sings Shaver’s songs like the man himself, but plenty have tried: Everyone from Johnny Cash (“I’m Just an Old Chunk of Coal”) and Tom T. Hall (“Willy the Wandering Gypsy and Me”) to the Allman Brothers (“Sweet Mama”) and Asleep at the Wheel (“Way Down Texas Way”) has cut his tunes. “That’s kind of like my trophies,” Shaver admits. “Instead of getting CMA Awards, that means a whole lot more to me. When you write songs, and you write good songs, people will always remember you. Words will always outlive us. And if your name is attached to those words, you’re gonna live forever.”

As his well deserved public recognition came in the 1990s, Shaver was cast by his friend and fan Robert Duvall in his acclaimed 1996 film The Apostle, and has since played parts in three other theatrical and TV movies. He was the subject of a 2004 documentary produced by Duvall, A Portrait of Billy Joe, and published his autobiography, Honky Tonk Hero, the following year. He also sings the themes to the Adult Swim television show Squidbillies, and “Live Forever” was included in the award-winning hit movie Crazy Heart as its end-credit song.

With these accomplishments behind him, Shaver has been thinking his creative well finally dried up. After all, he hasn’t released an album with new songs in six years. Thankfully, he was wrong. Credit East Nashville’s favorite son with lighting the fire. “I didn’t think I had another hope in the world of doing another studio album,” Shaver says. “Then Todd Snider encouraged me to come up to Nashville and I listened. I knew if I didn’t come out with new songs, it wouldn’t be right. I’ve promised hundreds of critics that I would. So, I just buckled down and got the new songs together. Sure enough, it turned out great.”