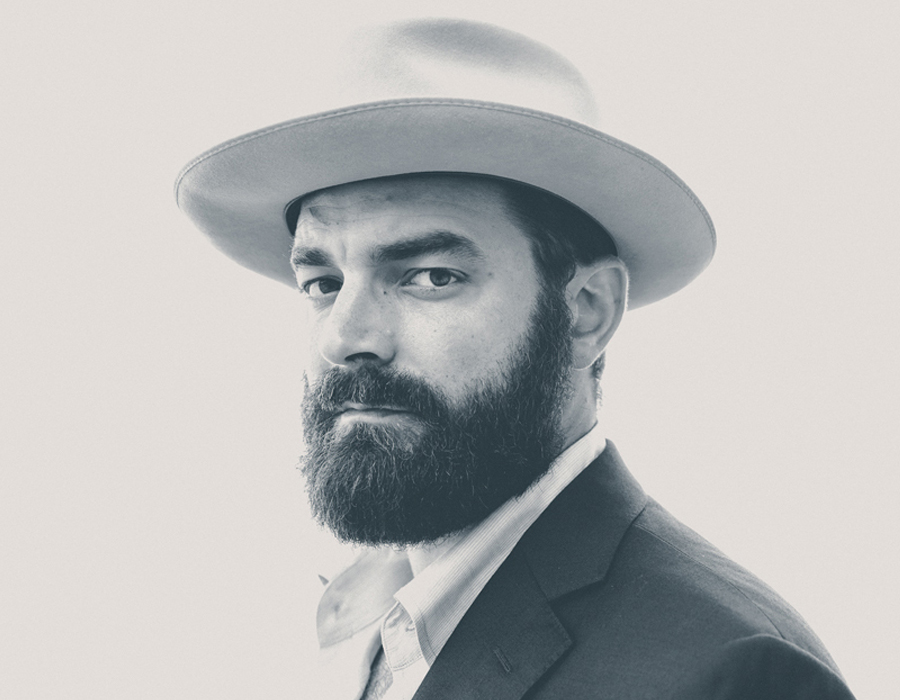 The night we played Bonnaroo a couple years ago, I sat with my younger brother Sam, my wife Ellie, and a few other dear friends, reclining in plastic lawn chairs in the midnight Tennessee heat outside our tour bus, drinking wine and listening to music. After a decade of touring, (over 1700 shows) and making records, it’s easy to forget the magic of music. We took turns introducing each other to new bands and artists, talking about our lives, our dreams, our failures.

Music has always had a medicinal quality to me, and that’s why I started writing songs and touring in the first place. I first needed the medicine when I was seventeen. I lost a brother that summer, 1999. He was a great kid, lived life from the view of a wheelchair, and was gone without warning a few days before his 14th birthday. I took lots of medicine that summer, from Radiohead and Bob Dylan, from Pearl Jam and Otis Redding, from Bob Marley to the Temptations, Tom Petty and the Heartbreakers to Rage Against the Machine. I played the guitar in my bedroom, learned songs I loved, sang along in my car alone or with a friend.

A year later I went to college and I became an addict. I was introduced to the medicine of Patty Griffin, Whiskeytown, Springsteen, Tom Waits, the Jayhawks, Wilco, Beck and hundreds more that could fill pages. I went and saw their shows and played their records over and over and over. The honesty, the intellect, the stories, the raw emotion, the rhythm, the vulnerability; it all made me feel like I was not alone. Music was a way of saying, “me too,” a way of finding hope and meaning in the sorrow and confusion of life.

Somewhere in those late college years, I started writing songs, at first feeble attempts, but it grew and grew, and I got better and better. I booked shows, I made myself vulnerable and stood onstage and sang earnest songs about love and joy, pain and tragedy. I convinced myself that making medicine was something I could take a swing at.

I hit the road, and I hit it hard. I found a band of agile, competent musicians whose musical library is vast and deep and demanding. Along the way, I married the girl I always wanted. She quit her teaching job and joined the band, toured with us for seven great years. We started making records, and spent the majority of the last decade on the road. You may have heard our music on TV. We’ve had our songs on dozens of TV shows like Nashville, Parenthood, How I Met Your Mother. We have toured with artists like the Avett Brothers, John Hiatt, Needtobreathe, and a host of other kindred souls. We have sold out our own shows in places from Chicago to Austin, LA to New York, London to Denver, on stages we never dreamed we would play, and selling over 100,000 records in the process, all while staying independent. Our music is simple and heartfelt, built to inhabit people’s day to day lives, like so many of the records I have loved over the long haul in my own life.

We recorded the whole album in eight days, co-produced by the band and Joe Pisapia (Ben Folds, KD Lang, Guster, Josh Rouse) at Joe’s Middletree Studios, in East Nashville. We recorded one song at a time, until it was finished. No studio tricks, just me and a great band working together, creating, having fun, embracing the sorrow. It’s always been about the song for us, a community of musicians surrounding that song and bringing it life, trying to make it sound like it has always been there.

The twelve songs on Medicine deal with loyalty, hardship, marriage, friendship, feeling like an outsider, and wrestling with God. “You’ll Always Be My Girl” is a love song to my bride Ellie, who after eight years on the road with us, is stepping away from the band. I came up with the first line when I was playing with our daughter Emmylou before putting her to bed. I wasn’t trying to write a song, just entertaining her and I came up with the first line – ‘from the start of spring to the autumn leaves, and the summers and winters between…”  After tucking her in, I dashed off the rest of the song in 45 minutes. It was the night before we went into the studio for the last time. When Ellie got home, I played it for her. She loved it, and we cried together for a moment and celebrated what we’ve got and what we’re grateful for.

More than anything else, Medicine is born out of the stories we are told.

The email from a fan who was on the verge on suicide but our song gave her glimmer of hope to keep hanging on. The story by the bus of fans who danced their first dance to another one of our songs. The mom who sings our music to her kids before they go to sleep, begging for peace and health and a happy life. The people who dance in the back of the rock club and have a moment of joy in a world of suffering. We only hope to add to the soundtrack, in the same way that all those artists and bands have done for me.

That is beautiful!! Your writing and storytelling in type is as amazing as the lyrics and vocals I hear in your music. I am a brand new fan. I have just discovered you today and I am so thankful. I live in Illinois and plan to go to your show in St. Louis in April. Such AMAZING songs!! Thank you!!

I love what you said about music and medicine, I feel the same. I couldn’t carry a tune in a bucket, if I had to.
You know you hear that one song that just resonates with you or how a particular band sounds. Well it’s like blood flowing through my veins, air in my lungs, that’s how I feel when I listen to y’all.
Thanks!!!