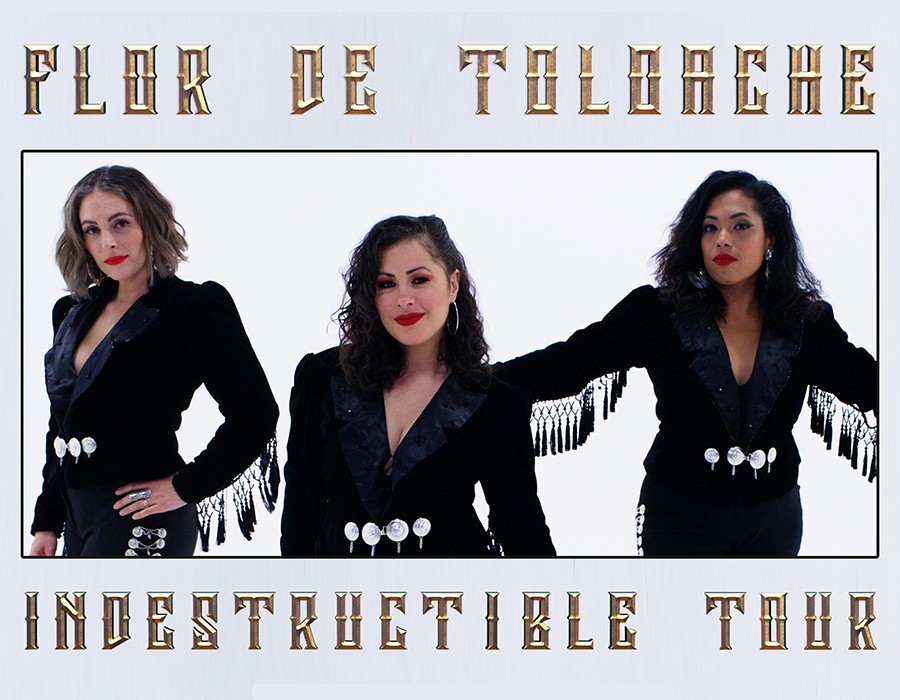 *Tickets from 4/21 will be honored for this date*

Having performed at Coachella and a NPR Tiny Desk Concert, this Latin GRAMMY-winning, New York-based ensemble is one of the finest all-female mariachi groups on the planet. The group began as a trio named for the delirium-inducing Mexican flower used as a love potion for generations. As it has grown in notoriety, the band has expanded to as many as ten members depending on the setting, forming a truly global ensemble with musicians hailing from Mexico, Puerto Rico, Dominican Republic, Cuba, Australia, Colombia, Germany, Italy, and the United States. Their highly anticipated new album “Indestructible”, produced by 11-time Grammy-winner Rafa Sardina (Stevie Wonder, Lady Gaga, Rodrigo y Gabriela, among others), premiered via NPR First Listen, where NPR’s Marisa Arbona-Ruiz said: “Flor de Toloache’s new bilingual album Indestructible pushes the boundaries of mariachi music and its instruments through reimagined pop covers, originals and original collaborations.”