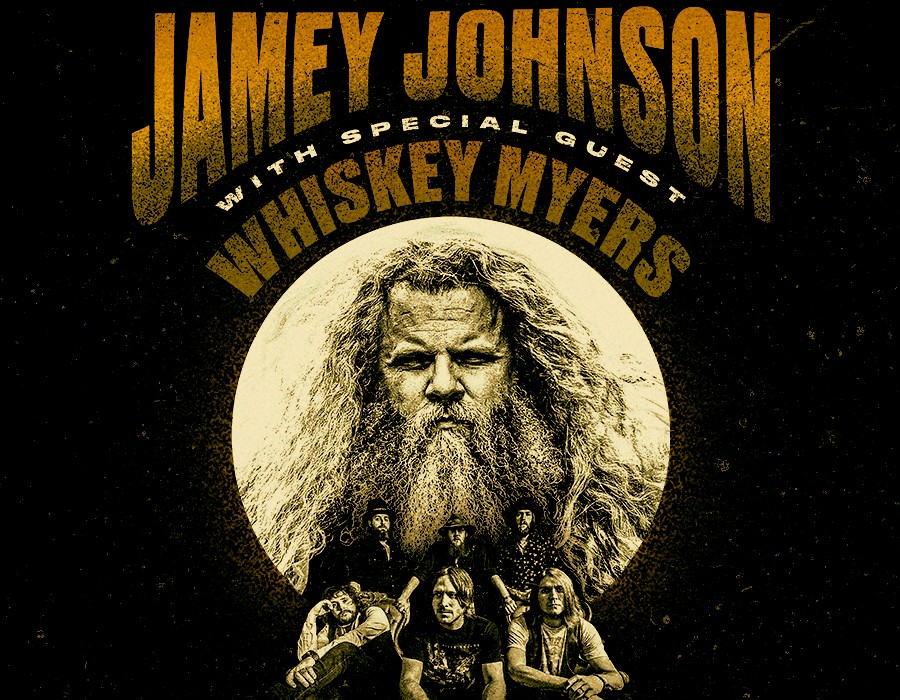 Platinum-selling singer/songwriter Jamey Johnson, one of today’s most respected country music artists, will play Chesterfield Amphitheater in St. Louis, MO on July 23rd. The Washington Post considers him to be “one of the greatest country singers of our time.” Since Johnson doesn’t create a set list, no two shows are the same, so the once-in-a-lifetime concert will be unforgettable. “I don’t know what I’m going to do until I am standing there doing it,” he says. “That is a freedom I have enjoyed ever since I began doing this, the ability to try something new. “You’ll see me do a lot of my songs, including my old stuff,” he says. “If I have a new song that I want to share, you will hear that. When I’m not doing my songs, I’ll be doing everybody else’s that I like, from every format. If I find a jazz song that I like, we’ll drop it in there. If I find a rock song that I like, we’ll do that. “My taste is vintage, traditional, and that is not to say that everything I do is old. There are a lot of new writers these days that are putting out great music that I find in the same vein as the old stuff I like and we may try some of that out.”
His 2008 album, That Lonesome Song, was certified platinum for 1 million in sales, and his 2010 double album, The Guitar Song, received a gold certification. He has been nominated for 11 Grammys. In addition, he won two Song of the Year Trophies, for “Give It Away” and “In Color,” both from the Academy of Country Music and the Country Music Association. He has received tremendous praise from The New York Times, Rolling Stone, The Wall Street Journal and other publications, many of which have hailed his albums as masterpieces. In 2012, the Alabama native released the Grammy-nominated Living for a Song: A Tribute to Hank Cochran paired him with Willie Nelson, Alison Krauss, Emmylou Harris, Ray Price, Elvis Costello, George Strait, Vince Gill and Merle Haggard. In 2013, the Nashville Scene’s 13th annual Country Music Critics’ Poll named it the year’s best album. (Two years earlier, the same poll named Johnson’s The Guitar Song as the year’s best album, and Johnson himself as best male vocalist, best songwriter and artist of the year.) In 2014, he created his own label, Big Gassed Records, to release his own songs and albums as well as the music of other artists.
Johnson says he gets the same thrill when he takes the stage each time as he did when he launched his impressive career. “I love the audience participation,” he says. “I love it when they sing along. I love it when I can’t remember the words and they do. I love it when the band really nails a good one and I love it when we end up in a train wreck, and those are few and far between, but I even love that. “There are some things we do every night and I think our fans know what that will be. Fans will yell at me during the show and I can’t understand what they are saying, but I am thrilled to death they are that passionate.”
—————————————————————-
“You can tell when somebody is faking it,” says Cody Cannon, lead singer and guitarist of Whiskey Myers, “and you can tell when it’s real.” This kick-ass band has been steadily building a devoted following with its gritty authenticity, and with their self-titled fifth album, they’re poised to explode. Each one of the releases from Whiskey Myers has been bigger and bigger — following their break-out third album, 2014’s Early Morning Shakes, their most recent record, Mud, climbed to No. 4 on Billboard’s country charts in 2016. And that was before the group was featured in Kevin Costner’s TV series Yellowstone in 2018 (not just on the soundtrack, but on screen, performing in a bar), which propelled the band’s entire catalogue into the Top 10 of the iTunes country chart. But playing to larger and wilder crowds — including audiences of more than 100,000 at the Download Festivals in London and Paris — didn’t cause Whiskey Myers to change their approach this time around. “We just bring our songs to the table and make it sound like us,” says Cannon. “We never think about it. We just try to go in and write a good song, whether it’s country or rock and roll or blues.”
For this band of renegade brothers, the goal isn’t to fit into a format or try a new direction for its own sake, it’s to be true to the music they love — and with Whiskey Myers they continue pushing in all directions and sharpening their attack, whether country, rock, blues, whatever — even adding the legendary McCrary Sisters’ gospel influence to the project on background vocals. “Everybody wants you to pick a genre, but we did this our whole career,” says Cody Cannon. “We like it all, so we’re gonna do it all. We’re better than we were at 20 years old — you try to hone your skills and get better, write better, play better. This is just how it came naturally, and it works better that way.”