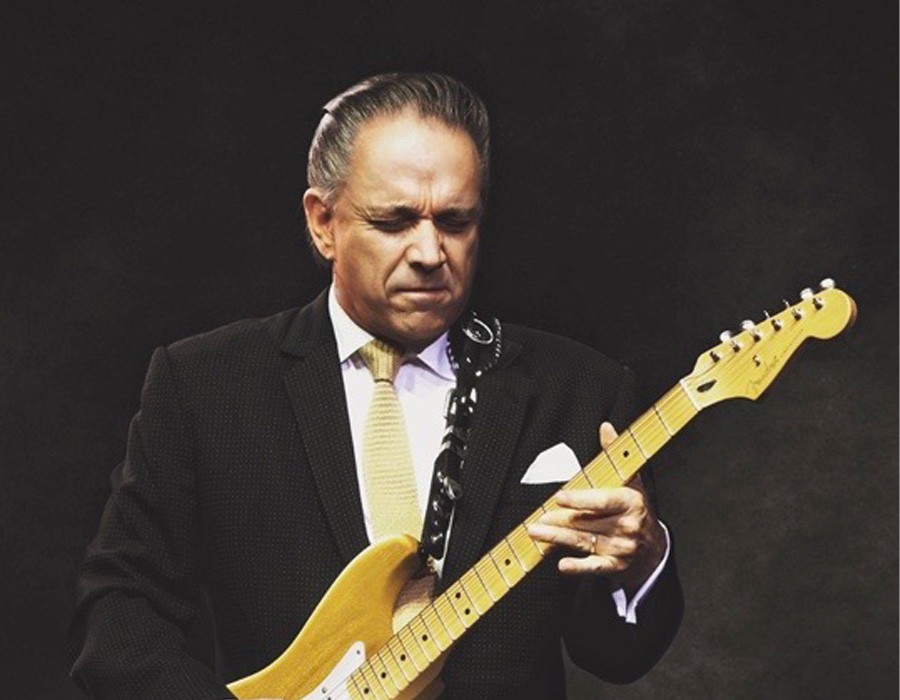 In true Texas fashion,four-time Grammy-winner Jimmie Vaughan has helped breathe new life into the music that has been his lifeline all these decades, becoming a hero to those who cherish America’s real gift to musical history.

“When I talk about country and blues, they’re the same thing,” Jimmie Vaughan says. “Muddy Waters and Hank Williams, Webb Pierce and Jimmy Reed. When I was a kid, I didn’t understand the difference. Everybody was always asking me, ‘Why do you want to play blues? Why don’t you play country?’ But I would listen to the country guys and they would be doing a Jimmy Reed song. They’re playing the same lick. And Ray Charles, Little Milton, Guitar Junior, Lonnie Brooks, B.B. King–they all did country songs. Is Bob Wills country blues or jazz? And the answer is, it’s American music. I’m tired of trying to pigeonhole everything. I want to bring it together; it comes from the same place.”

As a young teenager in Oak Cliff, Texas, his father told him to take guitar lessons if he wanted to really learn the instrument. But when Vaughan’s teacher told the guitar student it wasn’t going to work because the student “was too far gone” to learn from the lesson books, Jimmie Vaughan knew he was on his own. Which was perfect for him, because the blues would be his teacher for life. For those who find themselves living inside this true American music, it becomes a way of life, and a musical force to follow forever.

Jimmie Vaughan became possessed by his instrument while listening to the blues on the Black radio station in Dallas, and it has been that way ever since. When something this strong takes over, there is no way out—the pursuit just keeps going deeper.

Jimmie Vaughan has been playing the blues he hears in his head and feels in his heart for over a half-century.