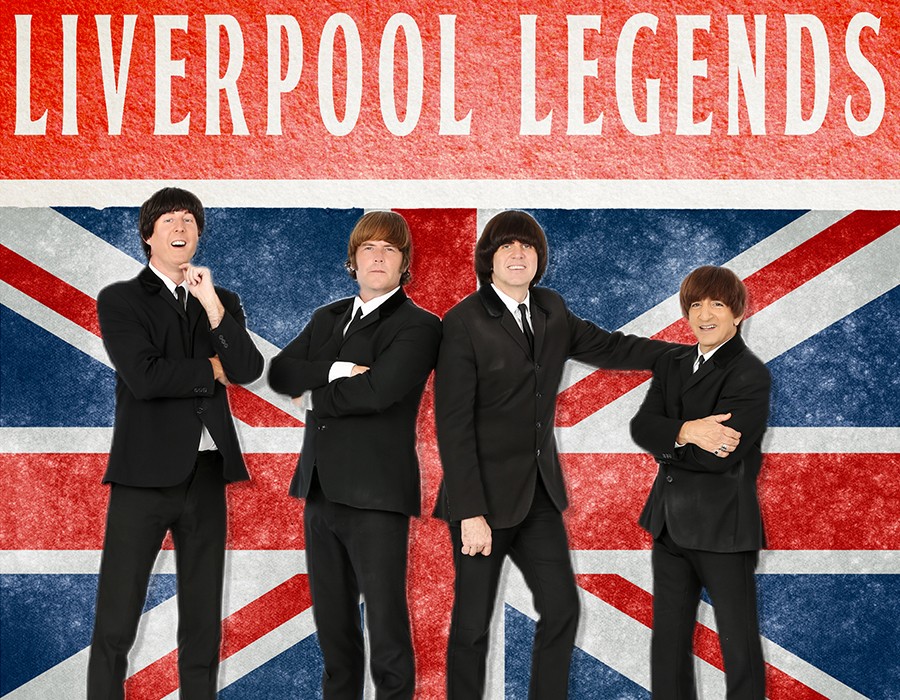 Liverpool Legends are four incredibly talented musicians and actors hand-picked by Louise Harrison- sister of the late George Harrison of the The Beatles. Louise’s involvement in Liverpool Legends makes them the ONLY Beatles Tribute Band with a direct family link to the original Fab Four. “Each member of the group is so close to the originals that I often feel like I’m transported back in time with the lads. These are exactly the kind of fun loving quality musicians that my brother George would have loved to hang out with,” says Harrison. Liverpool Legends along with Louise Harrison were nominated for a Grammy Award for their work on “Fab Fan Memories” – a Beatles Bond. 2018 has been a very exciting year for the group as they toured The U.S. and internationally, culminating with two sold out performances for over 24,000 people at Auditorio Nacional in Mexico City, as well as sold out performances in India and Ecuador. Liverpool Legends have headlined at the prestigious Rose Bowl in Pasadena, CA, in front of 68,000 people (an audience larger than The Beatles performed for at Shea Stadium!). They are returning to the Rose Bowl this year for their 4th consecutive year! Liverpool Legends also received national attention when they re-created The Beatles famed 1966 concert at Busch Stadium in St. Louis. Liverpool Legends headlined at the world famous Carnegie Hall in New York City where The Beatles performed in 1964 right after the Ed Sullivan Show. Liverpool Legends perform songs spanning the entire career of The Beatles and on through the solo years. With precise attention to every musical detail, along with costume changes, vintage instruments and special effects, Liverpool Legends will make you feel like you are watching the real thing! Together, these four lads will bring you “The Complete Beatles Experience.”

The fact that Louise is their biggest fan, prompts me to get tickets quick! I met Louise in Mt Vernon, IL a few years ago as she introduced Scott Nienhaus & Terry Jones Rogers as the Byrd’s Celebration. What a great time + a balloon glow! Love you lady.

Im confused. Is Liverpool Ledgends playing in June or Saturday 1/15/22?

I have had my tickets forever but the reschedule date conflicts with the Styx, REO and Loverboy concert now on June 3rd. so disappointed but will need a refund