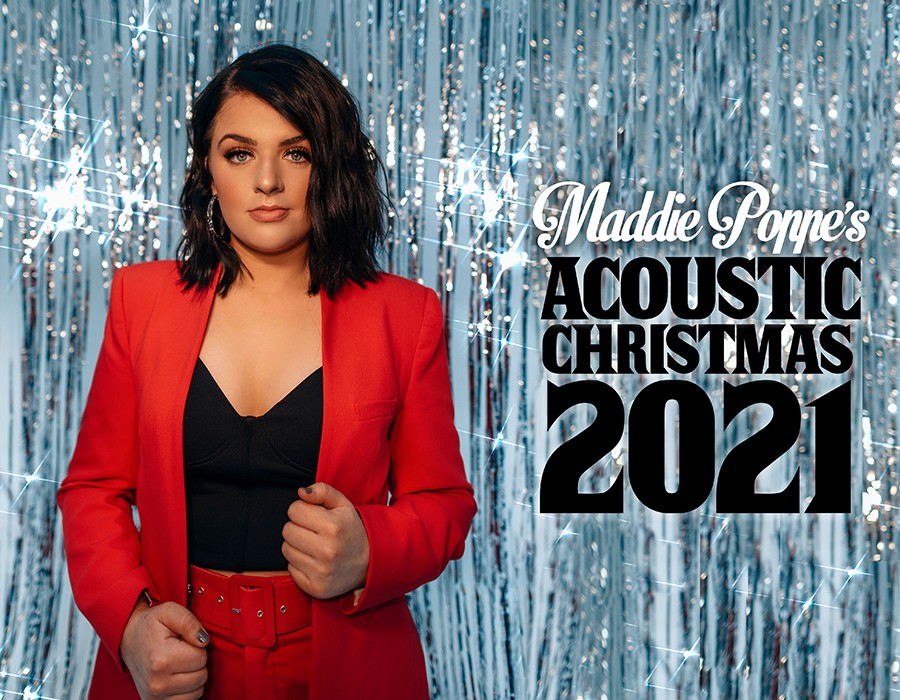 Maddie Poppe is a 23-year-old singer-songwriter from Clarksville, Iowa and Season 16 winner of American Idol. She has appeared on Jimmy Kimmel Live and Live! with Kelly & Ryan to name a few, and performed at the Hollywood Bowl in Los Angeles and CMA Fest in Nashville. Fall 2019, Maddie supported Ingrid Michaelson on The Dramatic Tour, an experience she calls “a dream come true.” Maddie’s sophomore album Whirlwind reached #2 on the iTunes Pop charts and her hit single “Made You Miss” earned #19 on the Hot AC Radio charts. Her sentimental ballad “Not Losing You” also swept radio charts, reaching #17. Hoping to brighten the 2020 holiday season, Maddie released a holiday EP aptly titled Christmas From Home on November 20th and embarked on a near-sold out acoustic Christmas tour. This November, Maddie will return with her Acoustic Christmas Tour hitting select cities across the U.S.! Maddie says, “I’m so excited to be back on the road again this year. Last year’s Iowa Christmas tour was so much fun that we decided to expand it out to the rest of the country this year. It will be so nice to see faces both familiar and new this holiday season.”