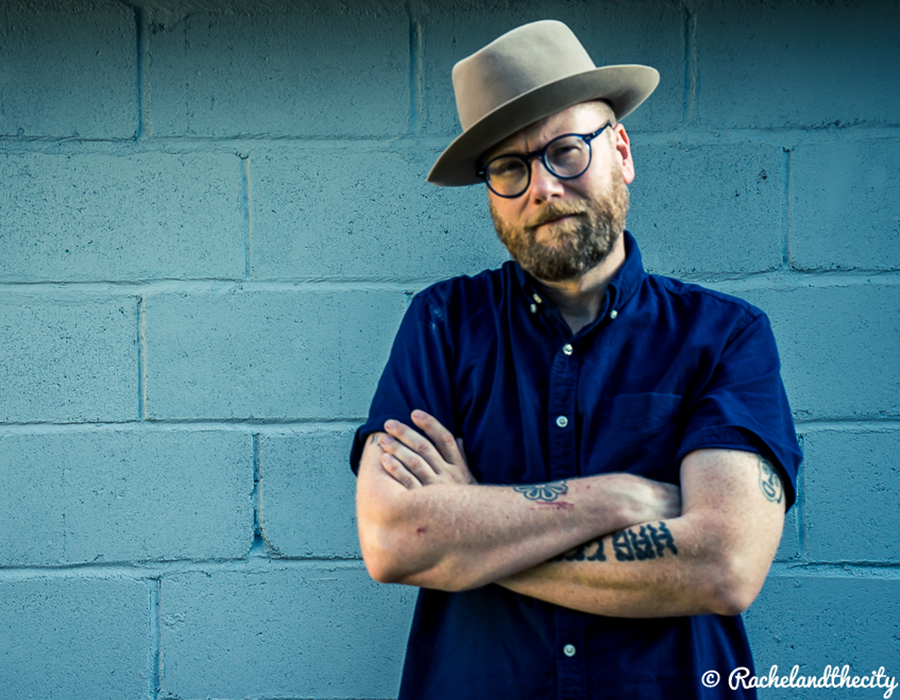 Doughty is touring with the largest band he’s ever toured with: a cello/bass player, drums, another guitar player, an organ player, and a backing vocalist–six people on stage.  The show consists of basically live remixing. Using hand gestures, Doughty improvises changes in what the musicians in the band are doing–stopping, starting, getting louder or quieter, changing their parts, repeating their parts. The songs are Soul Coughing songs and Doughty solo songs, but none are ever performed the same way twice.

It’s a kind of simplified version of something Doughty saw John Zorn doing with avant-garde jazz in the 1990s, but adapted to be more along the lines of a dance music or hip-hop producer mixing tracks–bringing in the drums, dropping them out, juggling the musicians like samples.

Doughty’s newest record, The Heart Watches While the Brain Burns, is his third collaboration with Queens, NY hip-hop producer Good Goose. The elegant, charming album swerves between lonesome country influences, and trap beats.  The title is from an off-the-cuff remark Marc Maron made on his podcast WTF.

Wheatus have been touring the world & making records since their year 2000 hit “Teenage Dirtbag.” When asked about the story of the band, during sessions for their 7th album, singer/songwriter Brendan B. Brown responded nervously, “well, it involves 1980’s Satan worship, in my hometown…hope that’s not too weird?”

Mike was awesome. He sounded just as great live as on album. The puppet show was priceless. Thanks for coming to STL Mike.