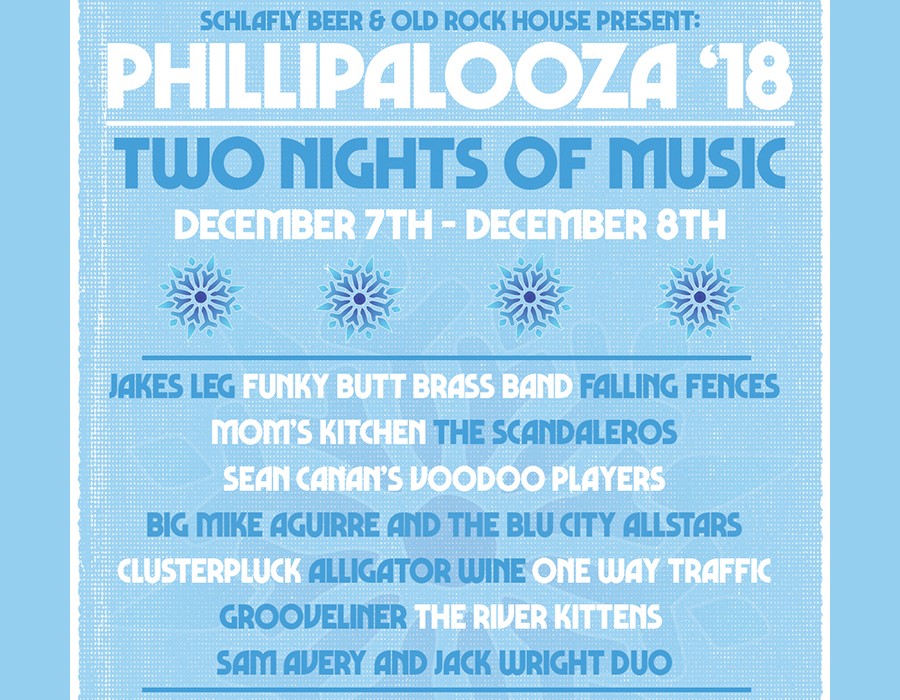 Phillipalooza returns this year for the 2018 edition. What has become the premier local music festival of the season will once again feature a full lineup of amazing St. Louis Based music for 2 nights in December. Phillipalooza is a benefit concert to raise money and awareness to help fight Lou Gehrig’s Disease. It began in 2006 as a way to celebrate the life of Phillip Wright Sr. Phillip was the father of local musician Phil Wright and an avid lover and supporter of live music. Once again the two night event will feature live music at a top venue as well as silent auctions, 50/50 raffles, and more. This is the party of the season and the largest celebration of local live music in the area during the winter. The lineup this year features some familiar faces as well as some new additions

Music begins promptly at 6pm both nights and lasts until 2am each night. Advanced tickets available through the Old Rock House or in person. If you’d like to donate to the auction, sponor the show, or volunteer, please contact us through the Phillipalooza page attached here.

Schedules for both nights will be released prior to the show. Please share and let your friends know to make plans now!!!
A portion of the proceeds to benefit the ALSA-StL Chapter!

I had heard Madahoochie would also perform. If that is correct, which night are they playing?

Hi! Do we know the schedule yet? Trying to book a babysitter!