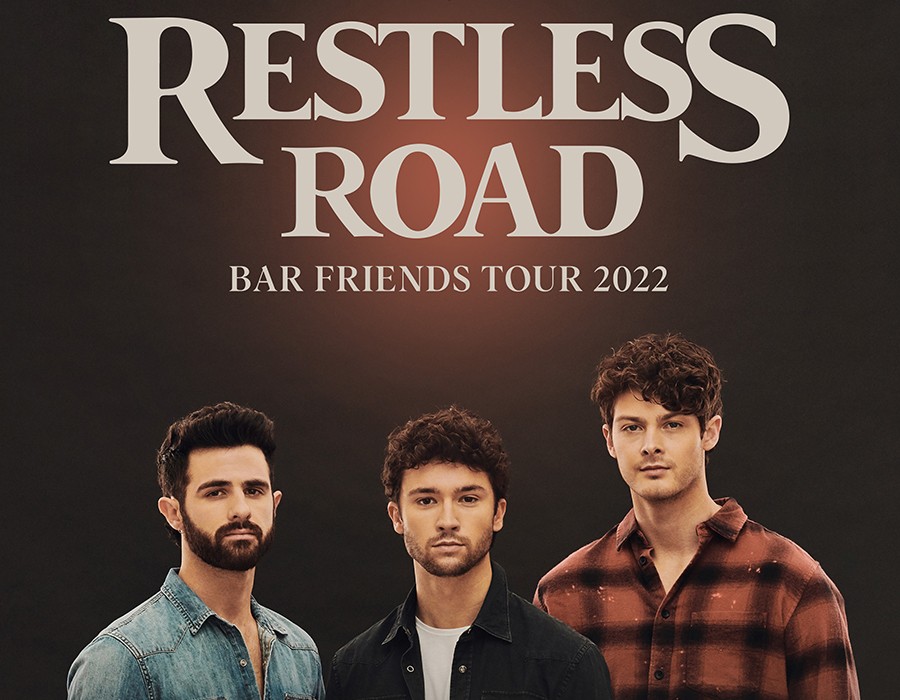 Made up of three different but complementary voices, country band Restless Road is “one of the most intriguing and exciting acts of the year” (Wide Open Country). Praised by People, Taste of Country, Billboard, and more, the trio’s powerhouse harmonies and soul-baring lyrics put them on numerous 2021 “Ones to Watch” lists, as members Zach Beeken, Colton Pack, and Garrett Nichols continue to rack up millions of streams. As NBC’s Today Show host Hoda Kotb put it: “That harmony…you feel it in your soul.”

Since Zach and Colton joined forces after meeting on a singing competition (where they met future collaborator Kane Brown), Restless Road has stood out as one of the genre’s premier vocal forces. When Garrett came onboard in 2015, they knew they had something special.

In February 2020, the trio unveiled their debut self-titled EP, which includes “Take Me Home,” featuring Kane Brown. A short year later, they dropped their track, “Took One Look At Her Momma,” which American Songwriter praised for its “captivating melody and lyrics that those in a relationship could benefit from hearing.” They recently released their tracks “Bar Friends,” “Hometown Tonight,” and “Headlights.”

Now on the road with Kane Brown as direct support on his “Blessed & Free Tour,” which runs until February 2022, Restless Road is gearing up for their first headlining trek. With all signs indicating Restless Road is a contender for best new vocal group, its members continue to write, sing, and perform together as they take the next steps down country music’s long and winding road.