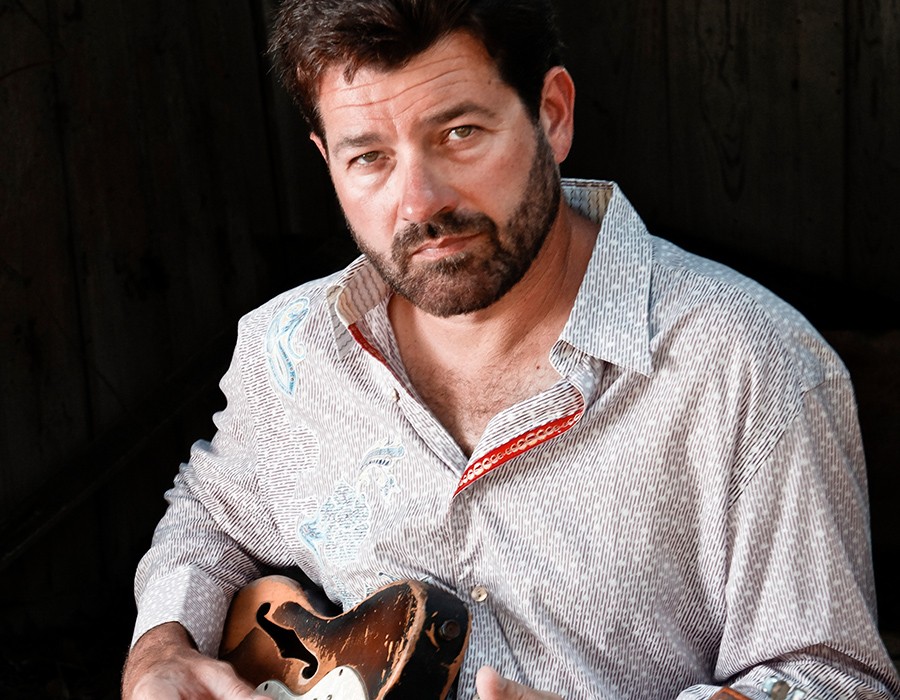 Medicine, Benoit’s seventh solo release on Telarc International, a division of Concord Music Group, successfully joins two gifted guitarists/songwriters in a session that proves greater than the sum of its very talented parts. The 11-track recording features seven new Benoit originals co-written with ace songwriter Anders Osborne (his song “Watch the Wind Blow By” was recorded by Tim McGraw in 2002, hitting No. 1 on the country charts for two weeks and selling over three million albums, and Keb’ Mo’s 1999 GRAMMY-winning album Slow Down, featured two songs he had co-written). “Anders and I have been friends for years, and we have a very comfortable relationship,” says Benoit, a GRAMMY®-nominated songwriter, as well as a guitarist and singer with a repertoire that ranges from swamp-pop classics to gritty blues and rootsy jams. “Songwriting needs to feel natural. It needs to flow easily. When he and I went out on the bayou, we came back with seven songs! Anders also played most of the rhythm parts on the album. He does a good job of not stepping on what I’m doing and making it fit the song.” In an unusual twist, Osborne (who also co-produced the album) uses B.B. King’s famous guitar ‘Lucille’ on Medicine. “He played half the album on that guitar, basically anything that’s not slide guitar,” Benoit says. Medicine showcases a lean, energetic young band, and vibe-wise it’s hipper and groovier than anything Benoit has ever done before. The recording also spotlights the work of keyboardist Ivan Neville (son of Aaron Neville and nephew to members of the Neville Brothers), drummer Brady Blade (Emmylou Harris, Steve Earle, Dave Matthews) and bassist Corey Duplechin (Chubby Carrier & Bayou Swamp Band). Fiddler/singer Michael Doucet of BeauSoleil makes a special appearance on three tracks. Medicine is more than another strong entry in Benoit’s increasingly impressive discography it’s one of his most defining albums. ‘Magic happens when you least expect it,’ says Benoit. ‘Most of the stuff here was played live ~ these are mostly first takes. When it came down to playing, we weren’t trying to structure things. We were open to the moment.’ If music has the power to help relieve pain and suffering, then Tab Benoit’s Medicine might be just what the doctor ordered.

I think Damon Fowler has a great sound. Would be great to hear a lot of his music!

Tab can literally bring his guitar to life. The man’s one of a kind and I do believe his instruments breathe and take on a pulse when he takes us along with him on an unbelievable
Ride ..Corey’s baseline …sweeeeet