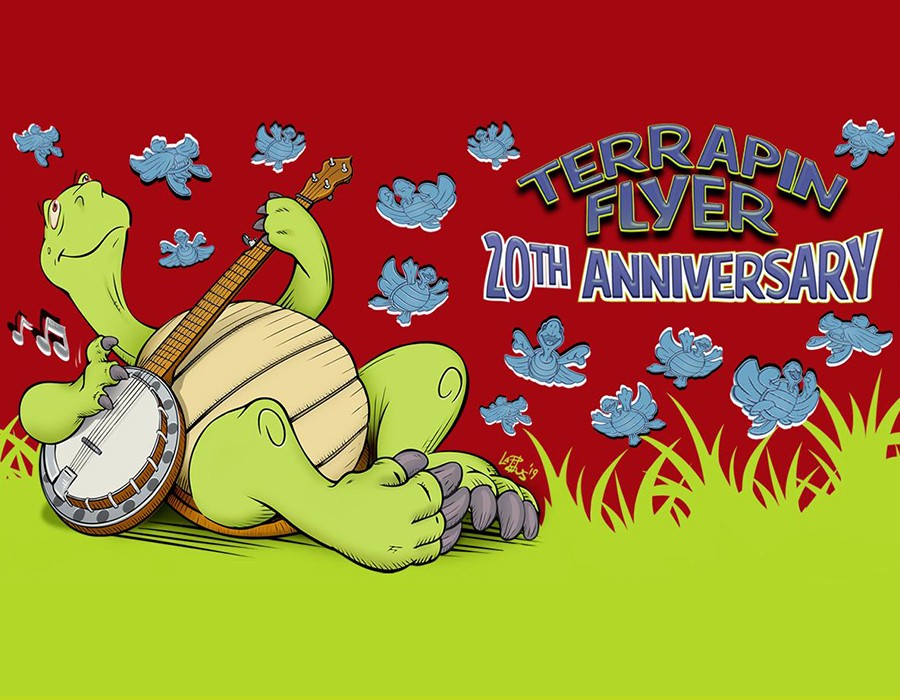 Terrapin Flyer began in 1999 as the house band for the Sunday Grateful Dead Jam at the Boulevard Cafe in Chicago. Through the many associations developed there and many that have continued since, the band has grown into one of the premier Grateful Dead inspired touring acts in the nation. The band draws from the a variety of skilled musicians including Grateful Dead keyboardists Tom Constanten, Bob Bralove and Vince Welnick (RIP). They also tour with Jerry Garcia Band organist Melvin Seals and Ratdog guitarist Mark Karan. Additionally, they have done one off shows with many guest musicians including grammy award winning blues harpist Sugar Blue, and musician, songwriter and music journalist David Gans. The band has headlined major festivals and prominent venues across the nation. From the band’s humble beginnings sprang forth an ever growing network of musicians. From a loosely associated group of musicians at a jam night, a band began to develop. The original band came into fruition when they were asked to perform with Grateful Dead keyboardist (1990-1995) Vince Welnick on a cable access television show and festival in Madison, WI. After that the band continued to tour with Welnick and performed several times as “Vince Welnick and Friends including headlining the 2004 Dunegrass Festival in Empire, MI to several thousand in attendance. After several tours with Vince Welnick, the band was ready to move on to its next potent association.

What’s a person got to do to win a couple of Terrapin Flyer tickets?