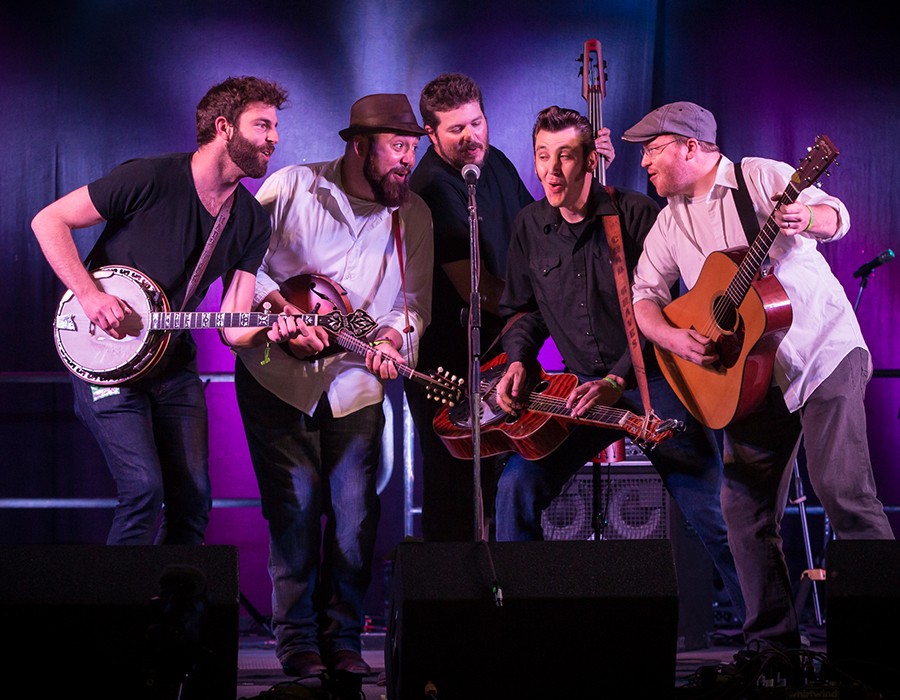 Formed in April of 2008, and still touring with the original lineup The HillBenders took Performing Arts venues, festivals and clubs all over the US by storm in 2015 with their critically-acclaimed “Tommy: A Bluegrass Opry.” They followed up the Tommy tour with a year of successful dates joining Keller Williams for “PettyGrass.” (Tom Petty hits)

2020 will find The HillBenders continuing their firmly established presence as one of the most energetic and engaging progressive acoustic bands with their hit laden “WhoGrass” show, as well as outstanding original music from their fourth studio album, appropriately and eponymously titled “The HillBenders.” Regardless of which show The HillBenders present, or a mash up of all of them, they deliver a perfect mix of virtuoso musicianship and rock star vocals. They are one of the few bluegrass groups that recognize their ability to bridge the gap between the common music consumer and the bluegrass genre, selecting material that defies any hillbilly stigmas.