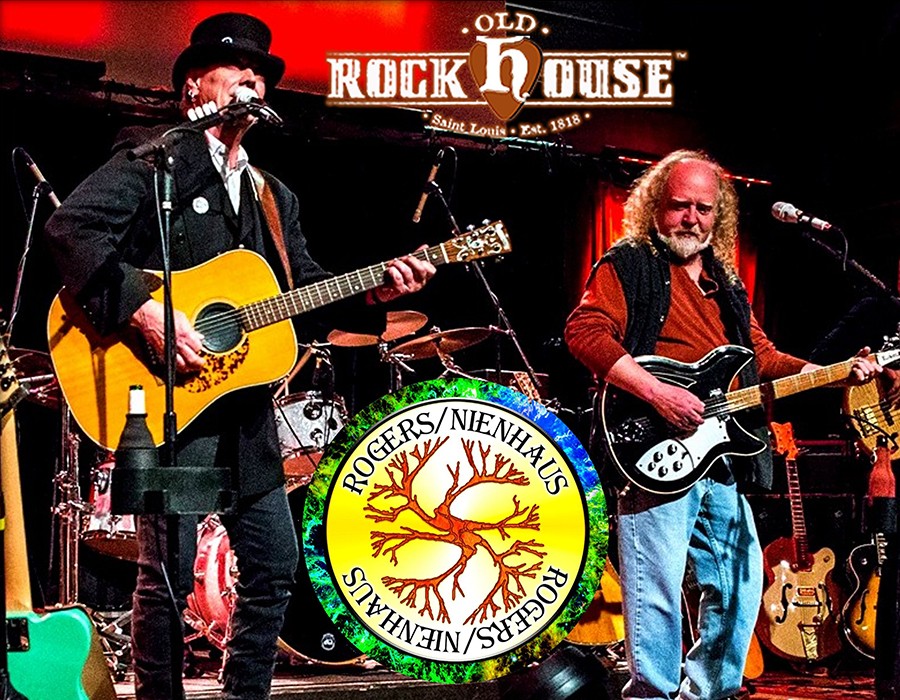 Two exceptional musicians with a lifelong career of performance on the world stage, ROGERS & NIENHAUS are just that…..world-class!!! With pristine harmony and searing instrumentation, they are truly a ‘not to be missed’ act, whether performing as a duo or with The ROGERS & NIENHAUS Band. Terry Jones Rogers & Scott Nienhaus have been performing together since meeting in Nashville,TN in 1993, when Terry invited Scott to join the newly formed group, The Byrds Celebration, along with Byrds alumni Skip Battin and Gene Parsons. Both Terry and Scott had storied pasts when they began their long career working together; Terry’s Macon,GA roots, recording at famed Capricorn Records Studio with The Pound & Rogers Band and touring the world fronting The Byrds with Michael Clarke; and Scott’s St. Louis,MO roots with his band, Blueberry Hill Records recording artists Acousticity, and touring the world with The Nicolette Larson Band. Now based out of the St. Louis Metro area, ROGERS & NIENHAUS have become local favorites with their fiery performances and flawless harmonies, as well as performing national and international engagements. Now celebrating 26 years working together, Terry and Scott will be joined by special guests, Bill Murphy on keys, accordion and vocals, David Torretta on bass guitar, and Tim Politte on drums and vocals. JOIN R&N FOR A NIGHT OF STORIES, ORIGINAL SONGS AND SELECT COVERS!!!

Looking forward to this one!!! Come and join us!