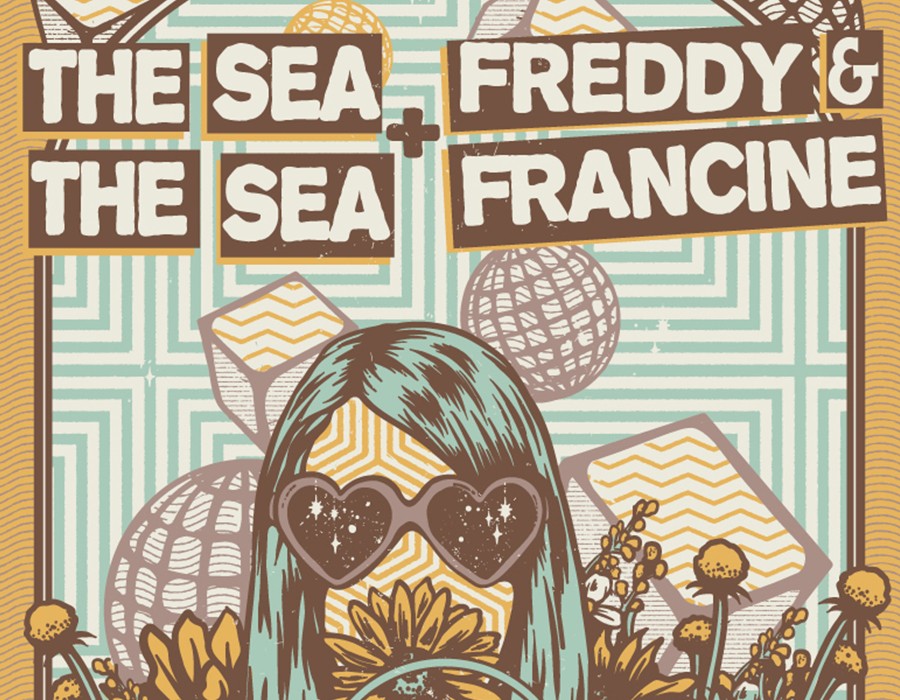 Time
Doors 7pm, Show 8pm, All Ages
Venue
Old Rock House
Price
$10 Advance, $12 Day of Show
RSVP on Facebook
BUY TICKETS
THE SEA THE SEA is an Upstate New York based indie folk-pop duo-band featuring what
Huffington Post calls, “Two of the loveliest male-female voices you might ever hear this or any other year.” Their 2014 debut release, Love We Are We Love, received praise from NPR,
American Songwriter, and No Depression, among others, gathering over 15 million streams on
Spotify. The animated video for their song “Waiting” sparked viral interest including Buzzfeed,
Pitchfork, and inclusion at the international TED 2015 conference. Mountain Stage host Larry
Groce calls them “ready to take their place among the best young male/female duos now
performing.” Their 2016 release, the six-song EP In the Altogether, earned features by Apple
Music including “Best of the Week” and “A-List Singer/Songwriter.” Recently, Paste Music /
Daytrotter described the band as “defined by their infallible vocal harmonies and their
unconventional song arrangements. The Sea The Sea is a pop band only in their melodic
infectiousness—otherwise they are at their best when subverting conventions.”
https://youtu.be/zIsVBBMYEm0
Freddy & Francine are full-time musicians, and have released three full-length albums and two EPs — not to mention Ferris’s production of an album by award-winning actor William H. Macy (featuring Caruso’s vocals), and the duo’s collaboration with Dead & Co. keyboardist Jeff Chimenti on the musical direction and casting for 2017’s Off-Broadway musical “Red Roses, Green Gold,” featuring the music of The Grateful Dead. Keeping truckin’, Freddy & Francine plan to release their latest Nashville-recorded EP in September. The six-song “Moonless Night,” co-produced by Dan Knobler (Lake Street Dive, Rodney Crowell) finds Freddy & Francine — which has often used full bands on its recordings — still produced but more intimately portrayed, a sound closer to the duo’s live performances. But don’t call it folk music. It’s too energetic. Don’t call it Americana either. They don’t wear hats. Besides, Caruso says, “The minute you think one of our songs is an Americana song, it can turn into a retro pop song.” Despite the reaction of most roots music fans to the dreaded “P” word, Caruso says she doesn’t mind Freddy & Francine being labeled a pop band. “Pop music gets a bad rap, but it comes from the word ‘popular.’ I’d love to be popular,” she said. “I never discriminate against a song because it’s popular if it stays in your head … every Beatles song is a pop song.” But mostly, Freddy & Francine sounds like Freddy & Francine. It ain’t the easiest thing to explain, but it makes sense when you hear it, and finally, it makes sense to the two people who matter most.