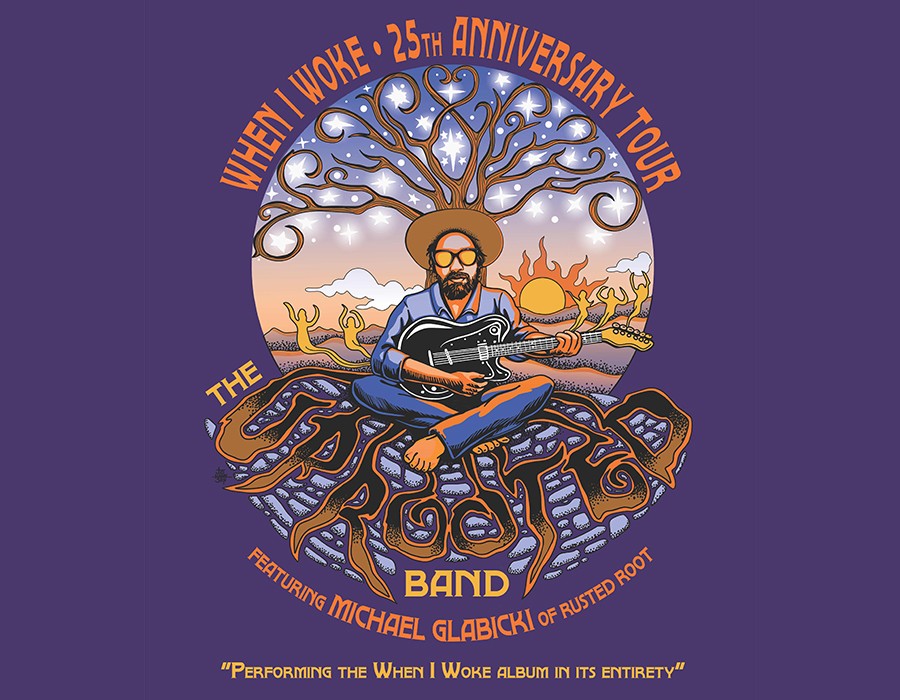 Michael Glabicki, lead singer, songwriter and guitarist for Rusted Root fuses musical mastery and shamanic inspiration into his music and live performances. In his most prolific period to date Glabicki is focusing his energy on his new band,The UPROOTED Band, to carry on the legacy of Rusted Root’s energetic music while recording new music for their debut album due out next Spring. To honor the past, Glabicki is taking The Uprooted Band on tour this fall and throughout 2020 to perform the multi-platinum album WHEN I WOKE in its entirety. Rusted Root’s When I Woke, spawned the Top 40 hit “SendMe On My Way” along with fan favorites “Ecstasy” and “Martyr” (among others) and went on to chart on Billboard’s Hot 100. “Uprooted has masterfully expanded the landscape of the older Rusted Root songs and created a new intuitive and magnetic vision of the material” says Glabicki, “These inspired performances not only energize and expand the hearts of the crowds but also show us how to take the new music to the next level”. Rusted Root, lead by Michael, built their career around dramatic performances; their polyrhythmic, multicultural rock-and-soul picked up fans like a junkyard magnet as they swept across the nation on tour. Glabicki continues to keep this tradition alive through his new project, The Uprooted Band.