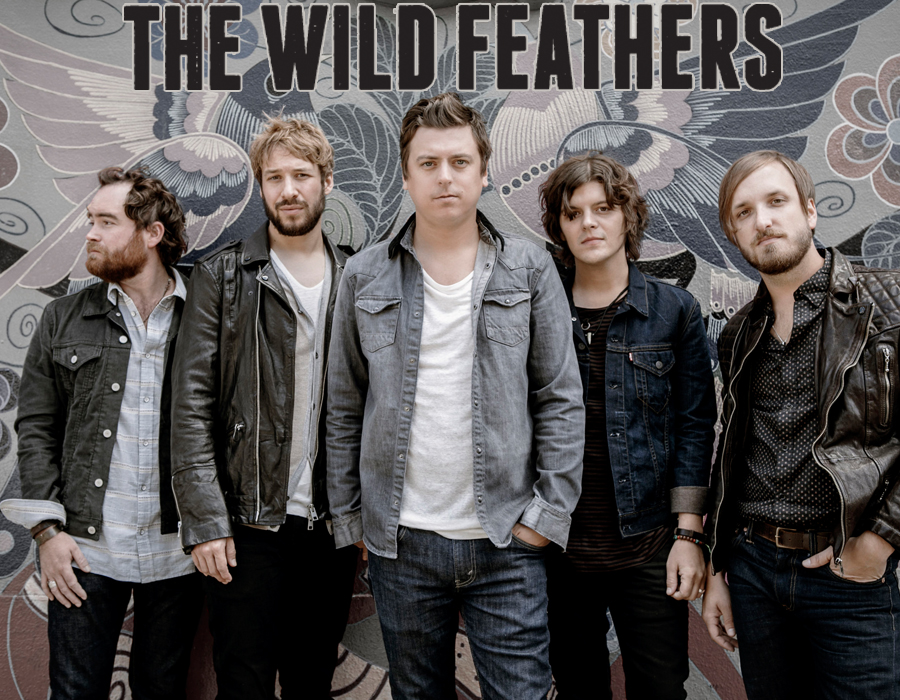 Long before it got broken up into a million sub-genres, rock & roll was just rock & roll. Pure, true, organic. Six strings, booming harmonies and the call of the open road. It’s a singularly American tradition that Nashville’s The Wild Feathers are full-force dedicated to not only preserving but also – more importantly – evolving. Their sound melds the five unique voices of Ricky Young, Joel King, Taylor Burns and Preston Wimberly, and Ben Dumas, taking inspiration from across the musical spectrum – country, blues, folk and rock – and spinning it into a roaring web of warm, cosmic melodies with vintage roots and modern tones. The Wild Feathers are a rock band that feels impossibly fresh with the air of having been here all along.

For their 2013 debut, The Wild Feathers, the band enlisted Jay Joyce (Cage the Elephant, the Wallflowers, Emmylou Harris) as producer, who encouraged the band to tap into their innate sense of harmony and true rock & roll sound. The resulting record is a display of four unique talents effortlessly unified: bluesy, hard rock tunes like “Backwoods Company” live effortlessly next to harmonic stunners like “Hard Wind” and slow, folky love songs like “Tall Boots.”

“We make songs that I could never write on my own,” says Ricky. What they make is modern rock & roll, laced with nostalgia, built for the new millennium. What they are is The Wild Feathers.