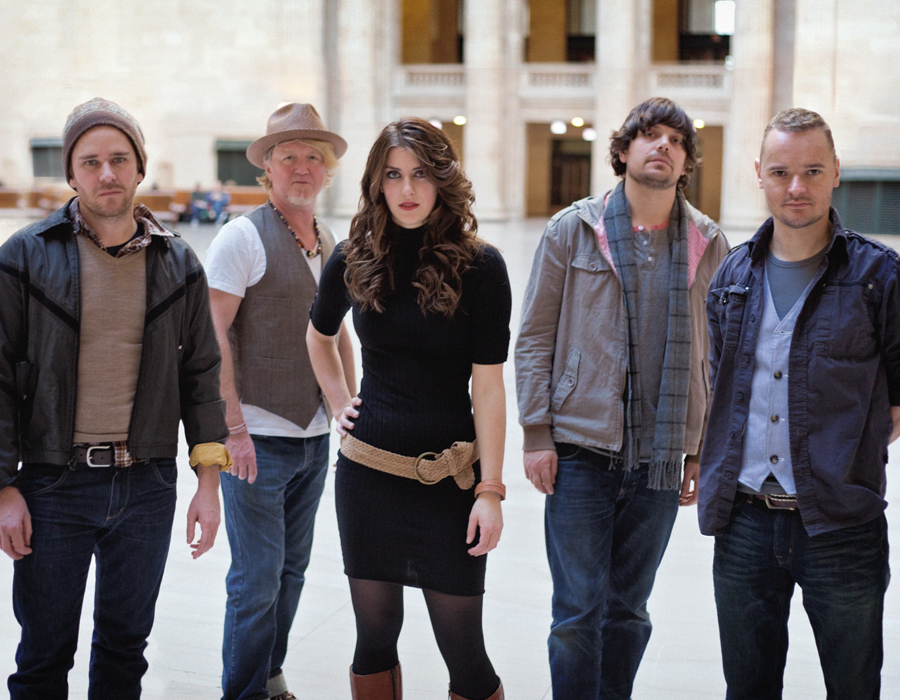 Gaelic Storm steps back into the ring with the dazzling #1 Billboard World Album Chicken Boxer, a heavyweight record that comes out swinging with a mix of empowering anthems and traditional ballads. With catalog sales of more than 1 million, the group has now had three albums debut at #1 on the Billboard World Albums Chart, 2008’s What’s the Rumpus?, 2010’s Cabbage, which remained parked in the top slot for three consecutive weeks, and 2012’s Chicken Boxer. Chicken Boxer is the fifth album to be released on the band’s own label, Lost Again Records, and showcases the incomparable songwriting and accomplished musicianship of a band that has made their mark bringing fans to their feet two hundred days per year. The group’s ability to deftly incorporate a rock sensibility into their sound affords them rare crossover appeal. In recent years, they’ve performed on the same bill with acts ranging from Zac Brown Band and the Goo Goo Dolls to Emmylou Harris and Lyle Lovett, at events as varied as the Telluride Bluegrass Festival and Milwaukee’s Summerfest. With their signature acoustic production, Gaelic Storm blends indie-folk and world grooves with Celtic tradition to serve up a ringside seat for fifteen rounds of pugilistic poultry pounding sound. In other words, Chicken Boxer will knock you out.

These guys were a blast in Steamboat Springs a few years back, can’t wait to see them again!!!

I bought four tickets with the impression that we could actually sit at a table for Gaelic Storm according to your seating charts and floor plan., my friends laughed and said it will be standing room only? Can I get a refund? I am not interested in standing among a sweaty crowd of shoulder to shoulder people.

Hi Robert. All of our shows are general admission, unless specifically stated. We do have tables & chairs for our GA shows, they are just first come, first serve. If you are one of the first 75 people in the door, you will be able to get a table. If you have more questions, please send an email to info@oldrockhouse.com.