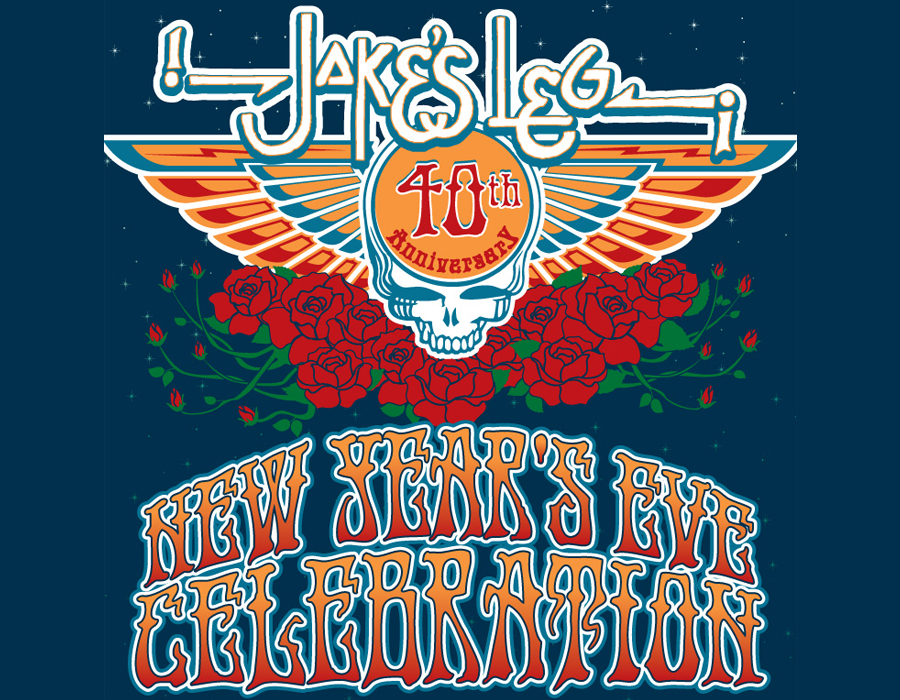 Kick Off Party for the 40th Year of Jake’s Leg!

Jake’s Leg has been in existence in the St. Louis area for over 39 years now. Although different players have come and gone in the band, its musical spirit and intent has remained. It was started as a duo by guitarist and vocalist, Randy Furrer and Tim Fahy in the mid-1970’s. Lead guitarist, Dave Casper, joined  soon after. Joe Trunko (bass and vocals) joined in 1990, and Bill Noltkamper (keyboards and vocals) joined in 1991. The newest member of the band is Ryan Wilhite on drums/percussion (joined in 2005).

Over the years, Jake’s Leg has played to thousands of people, cutting across age and lifestyle demographics. To say they copy the Dead would be a mistake. They tend to interpret the material with their own identity musically and emotionally. For instance, Dave Casper’s lead solos pay homage to Jerry Garcia, but also Pat Metheny, Carlos Santana and Miles Davis. This hybrid of styles ends up working into the music.

There is a distinct joy that takes place on any given evening that transcends the typical musical experience. Somewhat irrelevant is the band’s thought process to the outcome of a Jake’s Leg performance. It seems to simply happen. People leave their troubles or concerns at the door and slide happily into “fun”.

Jake’s Leg relies on the energy of its audience, which is an integral part of the musical experience.  This ongoing dialogue between the musicians and the listener is a component of the successful journey the band has realized for over 39 years.